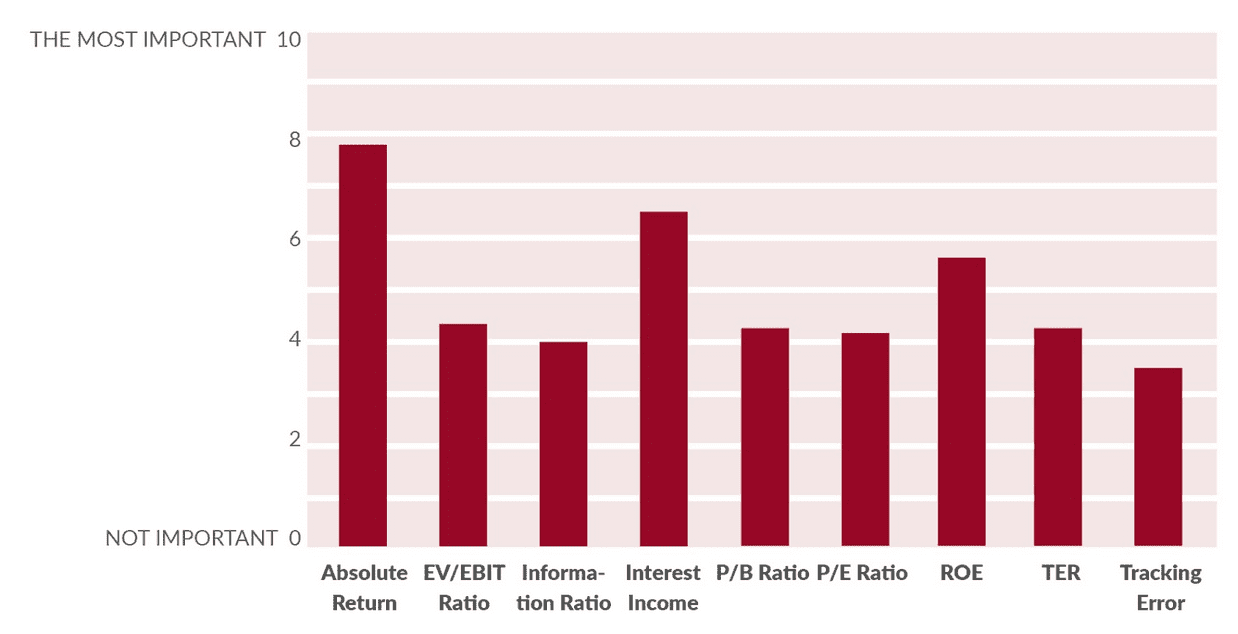 On the basis of the research we created order of precedence for both key figures and risk indicators.

71% of respondents chose Absolute Return as the number one so it was clearly the most important. It wasn’t that clear with other figures since replies were diverging around the value chart. Based on that, we can conclude that most probably the importance of key figures differs depending on the foundation we’re looking at.

The most important risk indicator was Duration, followed by almost equally important Value At Risk, Volatility and Statutory Risk Rating. Next ones were Beta and Interest Rate Sensitivity. The least used tools were Sharpe Ratio, Delta, Jensen’s Alpha and Treynor Ratio (ordered by importance the last one being the least important).

There was a lot of diverging opinions. Respondents agreed more on the least important tools than the most important ones. Generally, almost in all cases the top 5 and bottom 5 lists included the same tools but just in a different order, depending on a foundation.

We also asked if pension funds follow other figures or indicators that were not included in the survey. 21% of respondents agreed doing that and mostly they commented to follow different indicators of solvency.